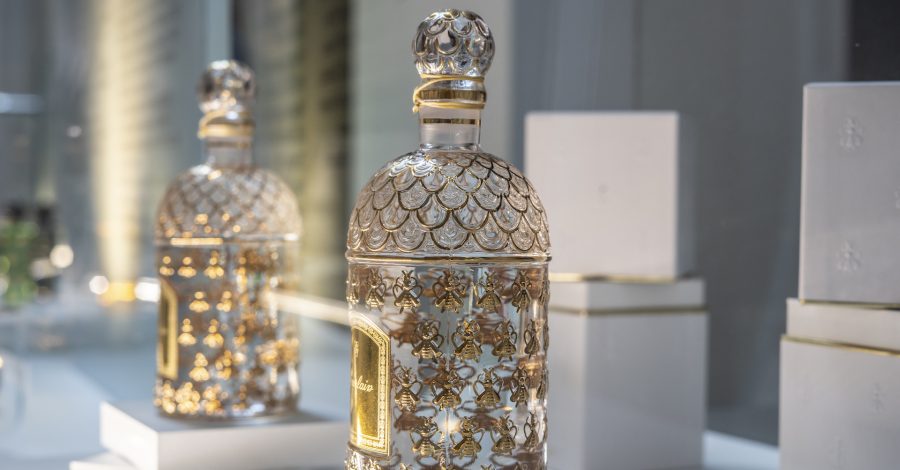 Hosted by the International Perfume Museum of Grasse, the exhibition “The fabulous history of the eau de Cologne” offers the opportunity to rediscover this timeless perfume, in a renovated museum.

The history of a timeless fragrance

The museum team, holding its first temporary exhibition in the newly modernized building, went for a three-step chronological approach.

The visitor starts his journey in 1709 when Jean-Marie Farina creates the first Eau de Cologne in the eponymous city. He then follows the rise of Cologne until the late nineteenth century, when large perfume firms launch their declination of the product. 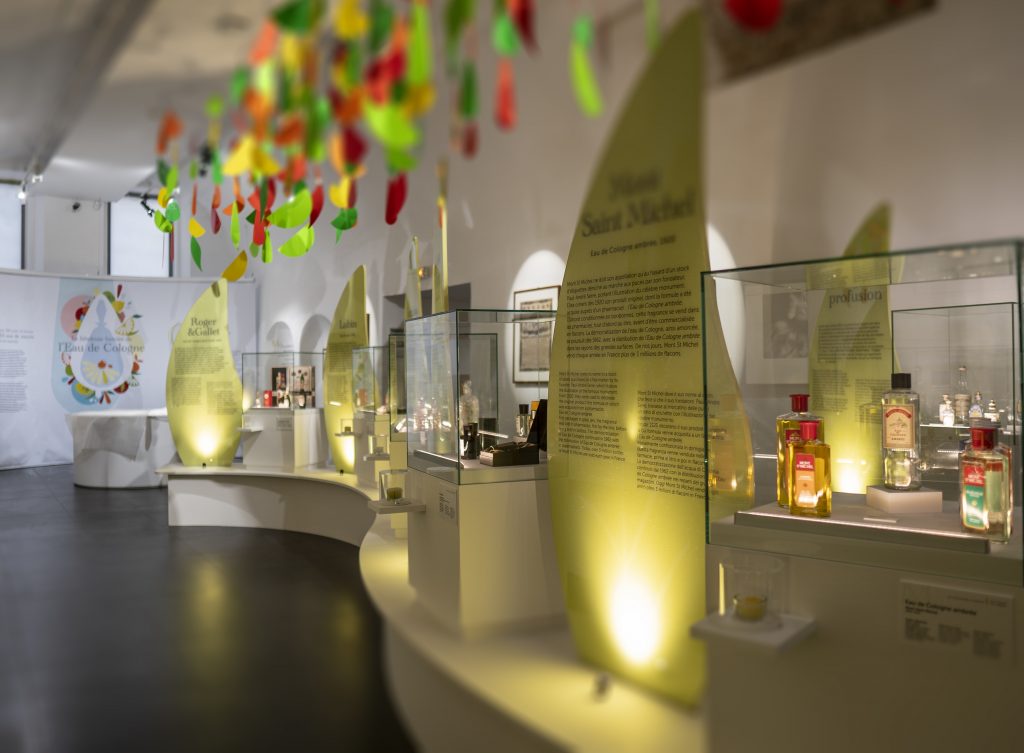 At that time, Eau de Cologne stands among luxury items, as illustrated by the 1853 Imperial Eau de Cologne created by Guerlain for the Empress Eugénie. Then comes the time of less expensive, yet more accessible imitations. “Its antiseptic and refreshing attributes have made it a popular hygiene product,” says Gregory Couderc, Scientific Director of the International perfume museum. The brands “Mont-Saint-Michel” and “Bien-être” come into existence, while big companies turn away from Eau de Cologne in the 1930s.

The second step of the exhibition begins in the 1950s, while influential brands such as Dior and Lancôme relaunch fresh water. “The base was the same as for Cologne, with citrus, lavender, and rosemary: something very fresh and pastoral. However, they didn’t want to name these products Cologne, because it had a negative connotation”, says Gregory Couderc. 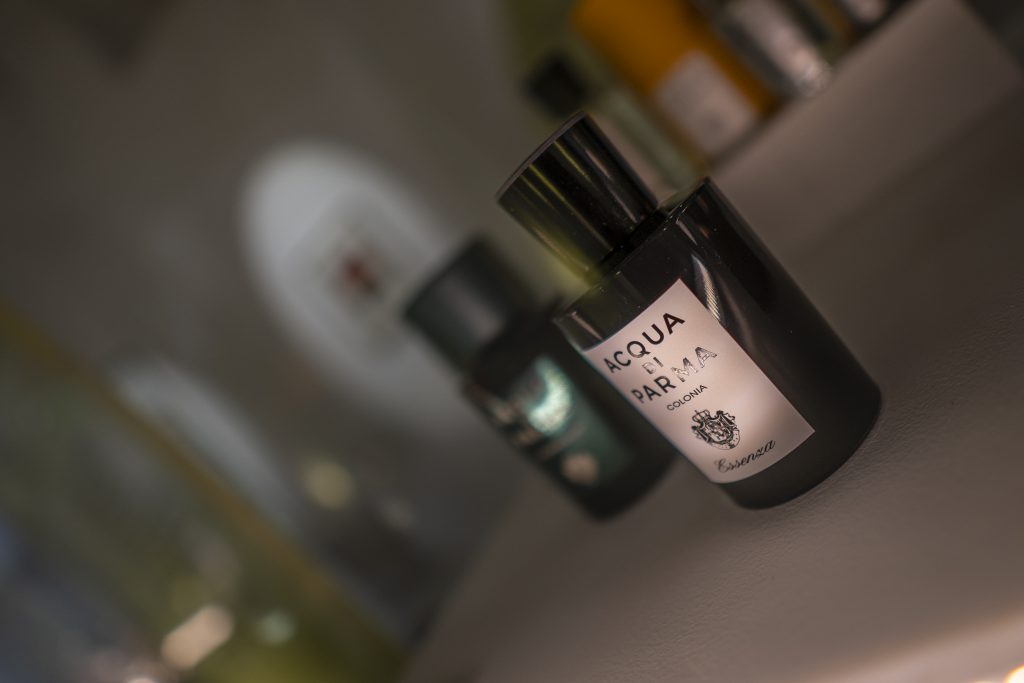 The exhibition ends with the 2000s. Two fragrances named Cologne are released in 2001 by Mugler and Frederic Malle respectively. For the first time since the 1930s, two significant brands call their product Cologne again. They show the way and all perfume companies beginning with Dior, Guerlain and Hermes quickly follow: this is Cologne’s return to Grace.

Nowadays, Cologne is on the rise. Among the 1000 perfumes that are released each year, it is increasingly standing out. More and more companies offer a Cologne version of their bestsellers.

“Many brands relaunched their classics in a Cologne version, like Fahrenheit and Dior Homme for Dior, or L’eau du numéro 5 for Chanel”, Grégory Couderc explains.

The innovation represented by the Cologne in the history of perfumery is still very little known, as Grégory Couderc points out: “It is the first perfume made with pure alcohol, and so it leads directly to modern and contemporary perfumery. Before the 17th century, herbal macerated oils or wine alcohol were the base ingredients. The creation of pure, odorless alcohol in the 19th century induced a better result, quite similar to the one we know. It is truly the first of modern perfumes.”

Visiting the temporary exhibition is an opportunity to explore the newly remodeled museum, which welcomes 120,000 visitors each year. Taking up residence in the shortly before Revolution built Hotel de Pontévès, the museum opened in 1989. It closed its doors between 2004 and 2008 due to extension works that doubled the building surface, bringing it up to 1500 m². Ten years after its reopening, the museum team, encouraged by many visitors, decided to modernize the installation. The visitor’s journey was completely redesigned in a chronological, more educational way. Signage was improved to guide visitors through the six different levels of the museum, while a room is now entirely dedicated to temporary exhibitions. 2000 pieces are accessible to visitors among the 51 000 conserved by the museum.

« Serge De Oliveira, perfumer as a job and a passion

When you launch your brand, the competition is rut

According to Christophe Fargier, co-founder of @op

Christophe Fargier, 46, is the co-founder of @oppi

Check our website to read the interview of Oyéta

Heading to the South of France this summer ? Disco

Serge De Oliveira works as a perfumer for @roberte